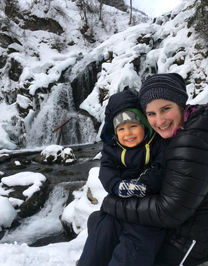 Sue came from an academic background with a promising career in the Insurance Industry. Until 2014, when her son Jake was born, which marked the beginning of a truly life-changing journey for the whole family. Jake was born with a rare genetic disorder, causing symptoms similar to Cerebral Palsy. The family was challenged with raising a different child than they had imagined.

The first year was very testing, while trying to find a diagnosis and at the same time, help Jake’s development along wherever they could. They followed all the Doctor’s recommendations and had him seen by Physical Therapists, Occupational Therapists, Speech Pathologists and several other specialists. Everyone worked hard to try and help him along, but unfortunately they saw little to no results, so the family started to seek out alternative options.

Just before Jake turned 2 years old, they found the Anat Baniel Method (ABM) NeuroMovement. At this point, Jake was non-verbal with a fair bit of frustration. He did not sit unassisted, crawl, or able to chew food. After finding out about ABM NeuroMovement, Sue ordered the book and started to read about the approach. She stated: “It felt like finally, someone understood exactly how his brain works….it felt as though the book was written about him, I couldn’t hold back the tears while feeling connected to this way of thinking right from the start. I could finally breathe and knew I had found the path we were meant to walk on all this time…”
A month later, Jake was booked in for his first four day intensive block of ABM NeuroMovement lessons. Two days after returning home, Jake started to use sign language spontaneously (something they had been trying to teach him for over a year prior to that). Within a week, he learned five signs, and continued to learn many more afterwards. He found a way of communication! They went back for more lessons and within two months, Jake sat up all by himself, another month later, he learned to weight bear on all fours, another month later, he started to crawl on all four. He has since made continuous and steady improvements on all levels, physical, emotional, verbal, as well as cognitive. The changes were so significant, the family discontinued all other approaches and focused on ABM NeuroMovement, with occasional Osteopathic treatments to complement the process, leading Sue to sign up for the training herself, so they could provide Jake with lessons right out of their home.

Her journey of becoming trained in the method has been transformational on many levels, enabling her to help Jake, as well as many others.

A special THANK YOU goes out to their home town, the Municipality of Crowsnest Pass, a community who came together to support their journey tremendously, both, on a financial as well as an emotional level.

“I believe that Jake chose for me to be his Mom for a reason. It wasn’t a coincidence that I would give birth to this special little human. He has a lot to teach us all, he is full of joy, loving life every day, despite of his challenges. He has given me my true purpose in life and I am excited to share this work, helping other families find their ideal path, raising awareness that we have a choice for our children’s (and our own) treatment options. It shouldn’t hurt, there shouldn’t be ongoing crying, the myths of ‘no pain, no gain’ or ‘to succeed, you must try harder’, have been invalidated a long time ago, by the Neuroscience that is out there now. By meeting our son where he is at and supporting his growth in this utmost subtle approach, he has overcome limitations and is on a path of continuous growth. ABM NeuroMovement accesses the brain through subtle movements of the body. We look to connect with each student, appreciating them for what they CAN do and give them subtle input on what might be possible for them. Then we let their own brain figure it out, encouraging an organic learning process. It has truly been a road of HOPE and POSSIBILITIES for us and I feel privileged to be able to provide this amazing perspective to many others by practicing this work, allowing others to keep growing on their own journey, far beyond their limitations.”
- Sue Burgman 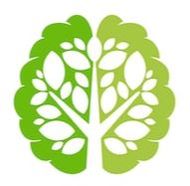